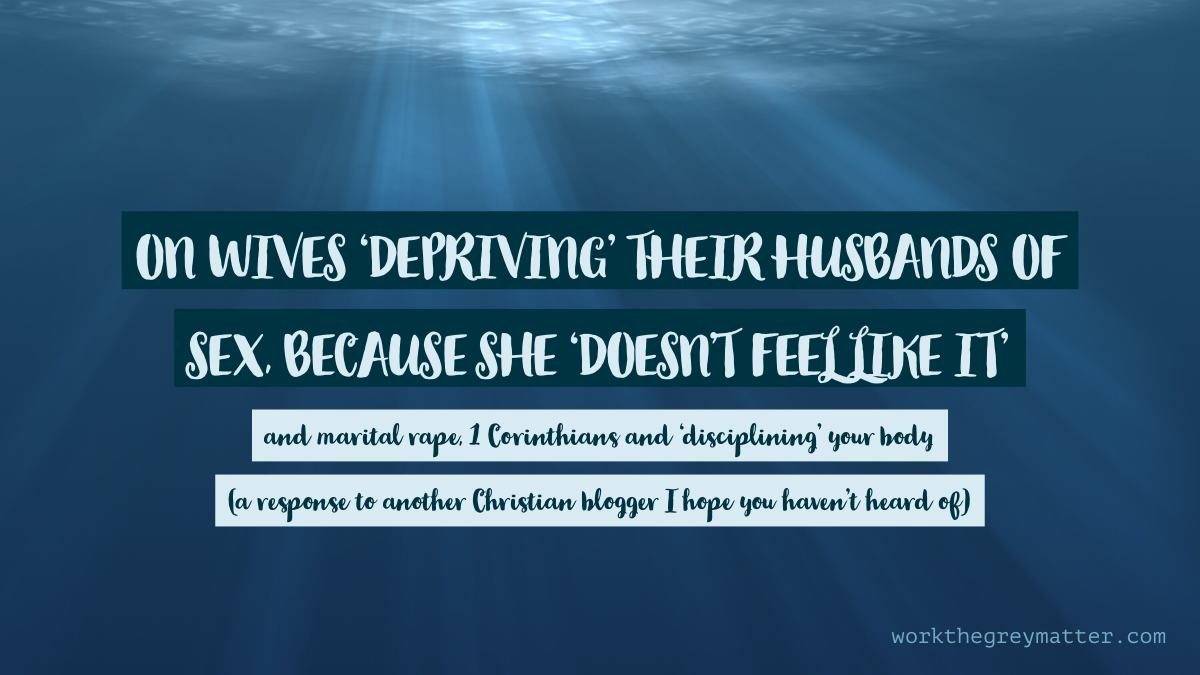 (…and marital rape, 1 Corinthians and ‘disciplining your body’. This post is a response to another Christian blogger who I hope you haven’t heard of. I’ve made two videos covering this post on my YouTube: part 1 is here and part 2 is here.)

And sometimes that’s how wives feel when they’re approached for sex. END_OF_DOCUMENT_TOKEN_TO_BE_REPLACED 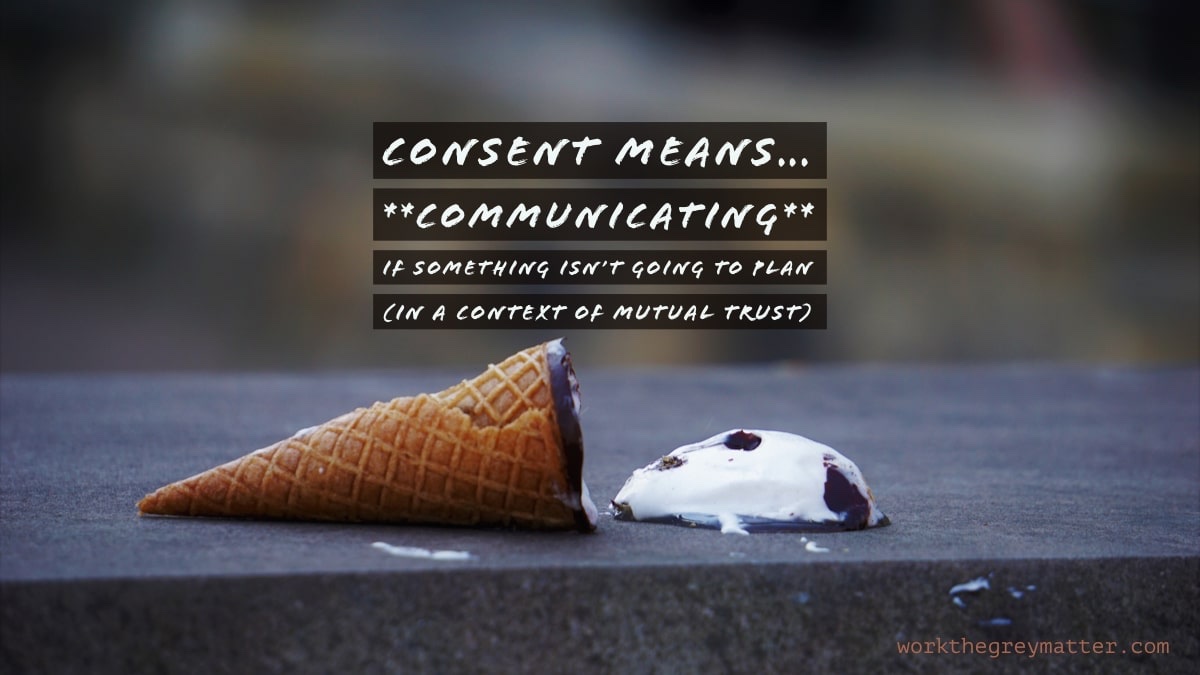 When it comes to sex, I’m not a believer that consensual = no mistakes.

Sure, consensual means no big, life-changing mistakes and no clearly and easily avoidable mistakes. It means avoiding all the nasty stuff like:

People talk about “active, informed and enthusiastic” consent because it goes a long way to prevent the above.

But even when you stay well clear of those mistakes, even when your partner is a decent human being who would never want to violate or harm you — that doesn’t mean everything always goes to plan. Maybe an unwelcome memory rears its ugly head. Maybe your body starts feeling wildly uncomfortable when you didn’t think it would. Maybe you didn’t shut the door and the cat walks in.

Mistakes will happen; the question is, what do you when you realise it’s not working? And do you learn from your mistakes? END_OF_DOCUMENT_TOKEN_TO_BE_REPLACED