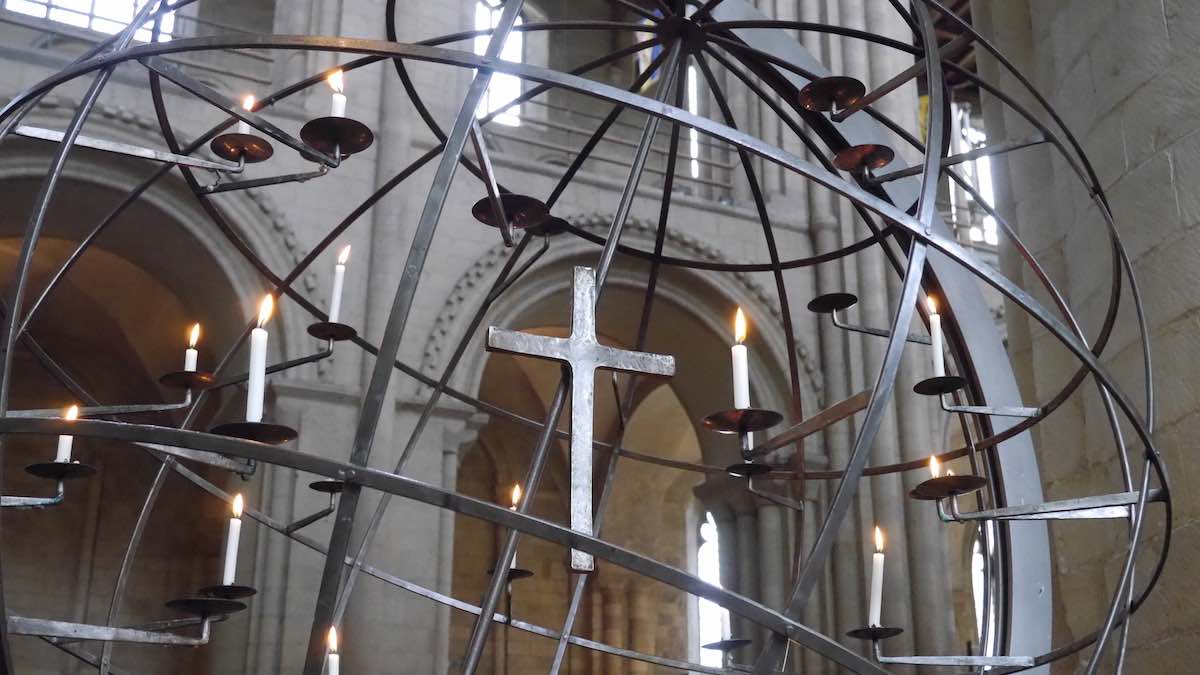 With the recent trending of the hashtag #ChurchToo, people are sharing their experiences of abuse in the church. Meanwhile, others are asking questions about whether it’s just ‘a few bad apples’ or a systemic problem.

Sure, it’s easy to say it’s a matter of “bad theology” or that people who abuse aren’t “true Christians”. But that doesn’t remove responsibility from the wider church to acknowledge the structural and theological problems within the church, name them as such, and work to address them. As a practising Christian, I fervently believe that the church can be, and will be, a powerful mediator of God’s transforming power in the world. But until we name these things as wrong, or at the very least as distortions and glib practices missapplied to their context, we will not have the impetus to change them.

And we must change them if we are to fulfil our calling.

So, here’s a list of 45 practices I associate with the church and the problems they lead to when it comes to consent. This is not intended to be an exhaustive list. And I don’t mean to suggest that consent is the only issue worth talking about. But it’s what I blog about.

1. Valuing structures and systems for their own sake, instead of valuing the people these systems should serve, erodes and removes the necessity for consent in how an individual relates to the system.
2. Adopting paternalist approaches to pastoral care fosters culture of patronisation and the overriding of consent of people cared for by leaders.
3. Over-elevating church leaders creates systemic bias so that they are not held to account for their actions.
4. Distrusting the competence and/or relevance of external law-enforcement or child protection agencies encourages inappropriate settling of abuse allegations ‘in house’.
5. Framing evangelical Christian values as being in opposition to secular values undermines the collected wisdom of medical practice in areas of sexual health and consent.
6. Maintaining a stance that vehemently and unsympathetically opposes abortion creates distrust of bodily autonomy and agency.
7. Framing rape as something that secular society brings on itself by rejecting the will of God suggests that abuse does not happen in the church.
8. Discouraging individuals from doing their own research into issues and views around sex and agency on the grounds that the church knows best makes people, particularly young people and children, less likely to think and more vulnerable to the church’s systemic weaknesses.
9. Teaching about the sovereignty of God in ways that suggest he doesn’t care about consent creates a moral precedent for disregarding consent.
10. Holding a strong concept of the sovereignty of God leading to the belief that abuse is in some way willed by God and therefore acceptable normalises abuse and weakens the mandate for the church to end abuse.

11. Elevating the stakes when discussing the potential harms of sex, particularly through the use of purity rhetoric fosters a culture of fear and ignorance in regard to sex.
12. Simultaneously over-emphasising and under-emphasising the risks and potential consequences of sex, with little or no guidance on how to manage these creates confusion and discourages informed and risk-aware consent.
13. Failing to teach the skills for forming and evaluating judgements socialises people to adopt simplistic views and not express their preferences.
14. Failing to present sex as inherently playful and intended for mutual enjoyment and fun normalises consent that is not enthusiastic and shuts down exploration and discovery of what a person enjoys.
15. Simultaneously elevating and demeaning sex makes it harder for people to be informed about the purpose of sex and what they are consenting to in sex.
16. Failing to recognise that sexual education needs to meet young people at their stages of growing awareness of their sexuality means that what education is given, including consent, is often too little too late.
17. Reducing sex to genital activity removes awareness of the need for consent to other activities.
18. Failing to educate around bodily sexual function makes informed consent hard to give.
19. Failing to understand non-concordance (that is, genital response when a person is not aroused or doesn’t desire arousal) leads people to believe they are inherently sinful, lustful or dirty when they experience confusing bodily responses.
20. Failing to understand the freeze response to sexual assault leads people to think that they consented to violations and/or are culpable for them.

21. Promoting the importance of marriage and hence romantic relationships creates pressure to seek out and consent to romantic relationships.
22. Focussing discussion of sexual ethics almost solely on marriage and with little or no evidence-based discourse on harm muddles people’s understanding of the effects of non-consent and how to recognise it.
23. Reducing the wisdom of giving consent to simply ‘none until marriage’ compounds the guilt and shame of those whose consent was coerced or obtained deceitfully.
24. Shaming of all sexual activity outside of marriage fosters a culture of secrecy which allows the consequences of problematic sexual relations to escalate.
25. Maintaining a sexual ethic that precludes sexual exploration outside marriage means people consent to lifelong sexual relationships with little or no understanding of their individual sexuality or how it relates to their partner’s.
26. Promoting gender roles where men are encouraged to be forthright (albeit loving), and women encouraged to submit to their leadership, makes it easer for boundaries to be ignored and non-consent to be overridden.
27. Making sex a right/obligation within marriage suggests that not consenting to sex is the same as unfaithfulness.
28. Framing divorce as merely lack of commitment downplays the harm of abuse and discussion of non-physical forms of abuse as well as marital rape.
29. Offering ‘Christian’ stories that include highly toxic relationship models creates confusing and conflicting expectations for healthy relationships and the exercise of forgiveness.
30. Promoting giving of the self (e.g. duty, sacrifice and martyrdom) without appropriate context creates pressure on people to consent to actions that are harmful towards them.

31. Associating individual agency and autonomy with free will – and therefore the fall, sin and rebellion – suggests that exercising individual choice in both consent and non-consent is a form of rebellion.
32. Treating all sin as equally sinful confuses the differences between (a) consensual, age-appropriate, non-marital relationships, and (b) non-consensual, exploitative relationships (whether marital or not).
33. Ignoring feminist discourse and failing to view biblical accounts hermeneutically neglects discussions around issues of consent and agency in stories in the Bible.
34. Being unwilling to change pre-conceived narratives regarding abuse and rape, because of the presumption that the church is the carrier and guardian of truth, creates disregard for non-consent and allegations of abuse and rape within the church.
35. Teaching a duality between body and spirit, which spiritualises sex and downplays the body, shuts down discussion of what people want to enjoy sex.
36. Teaching that the way to avoid adultery is to have licit sex puts pressure on spouses to consent to sex they don’t enjoy.
37. Framing self-control primarily as the avoidance of temptation, particularly in regard to sex creates a culture of fragility in sexual morality, where self-control is not developed or grown.
38. Discussing growth in self-control solely in the context of purification, and never in the context of sanctification, discourages people who consider themselves to be reasonably sexually moral from attempting to grow further in self-awareness and self-moderation.
39. Elevating and simplifying forgiveness into a moral mandate, and conflating forgiveness with reconciliation, stops acknowledgement of injury after violations and encourages the overriding of consent through forced reconciliation.
40. Upholding commitments (especially pledges and vows) as more important than the wisdom of the commitment made means all withdrawals from conscious commitment are branded as unfaithfulness.

41. Portraying men as highly sex driven, and portraying women as needing to be ‘persuaded’ into having sex, encourages men to apply more pressure when soliciting consent from women.
42. Upholding models of masculinity that are inherently conflicting creates confusion for navigating relationships, particularly when these are rapidly developing or in a state of flux.
43. Perpetuating the idea that secular women are promiscuous encourages false narratives of ‘grey rape’ and ‘morning after regret’.
44. Associating presentation of the female body with presentation of sex itself prevents healthy development of non-sexualised interactions including cross gender friendships and professional relationships.
45. Associating presentation of the female body with solicitation for sex encourages men to consider themselves perpetually tantalised by the mere presence of women, making it more likely for women to be blamed for men’s actions.

What do you think? What else would you add to this list? Which ones resonate most with you? Which would you rephrase? I moderate comments, but you’re welcome to leave your thoughts – or comment on my Facebook page.

In the interests of timeliness, I haven’t offered examples or links to analysis where these issues are discussed in depth. However, for those interested in further reading, there are various websites that may be helpful to explore. I don’t agree with or endorse everything on them, but I have found all of them helpful and insightful voices to listen to.

Emily Joy – who actually started the #ChurchToo hashtag and blogged about that here.

Spiritual Sounding Board and The Wartburg Watch – both are blogs run by Christians who work against systemic and spiritual abuse within the church, including that perpetrated by high-profile individuals and by theologies.

Christopher Stroop – agnostic blogger who calls out systemic abuses of the church. He also started the hashtag #Emptythepews and tweets a lot with #Exvangelical (started by Blake Chastain); Christopher also blogged about #ChurchToo here.

Meanwhile, although I actively dis-identify with the term ‘evangelical’, my personal view is that there is a pearl to be made within evangelicalism if it can be sufficiently irritated. For more on that, you can read my open letter to Nate Sparks on leaving evangelicalism.