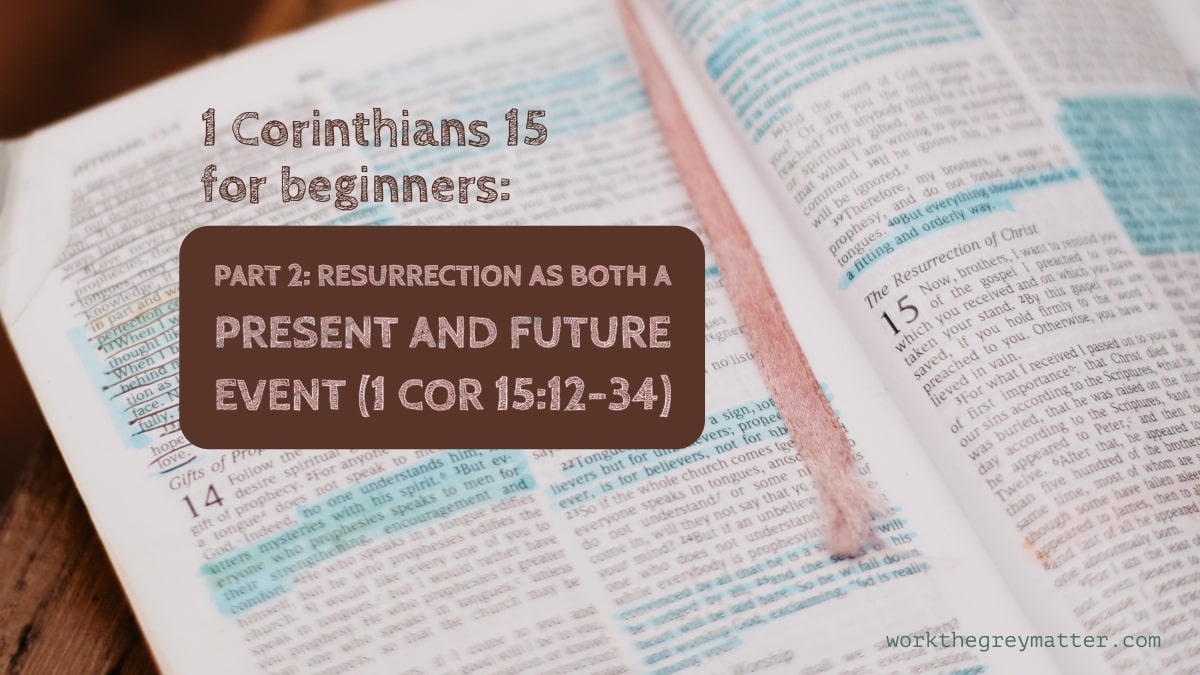 Welcome to part two of my four-part series sweeping through 1 Corinthians 15 on the subject of resurrection. You can read part one here.

In verses 1-11 Paul established that Jesus rose from the dead — an event in the historical past. In the next few verses he shifts his focus to consider the future.

Someone in Corinth had been saying that there is no ‘resurrection of the dead.’

We have to appreciate that resurrection is not a Christian idea, but was already established in Jewish thought before the time of Jesus and roundly dismissed and mocked by ancient Greek culture. ‘The resurrection of the dead’ was understood to be a collective future event when everyone will be raised up. First century Jews weren’t expecting any one person to be raised in advance of the rest so, perhaps unsurprisingly, the idea that Jesus rose from the dead threw a bit of a spanner in the works: it was a past event concerning one person. Maybe that was why some people at the church in Corinth were beginning to pour cold water on the idea of future resurrection.

In any case, Paul wanted to explain how everything fitted together. END_OF_DOCUMENT_TOKEN_TO_BE_REPLACED 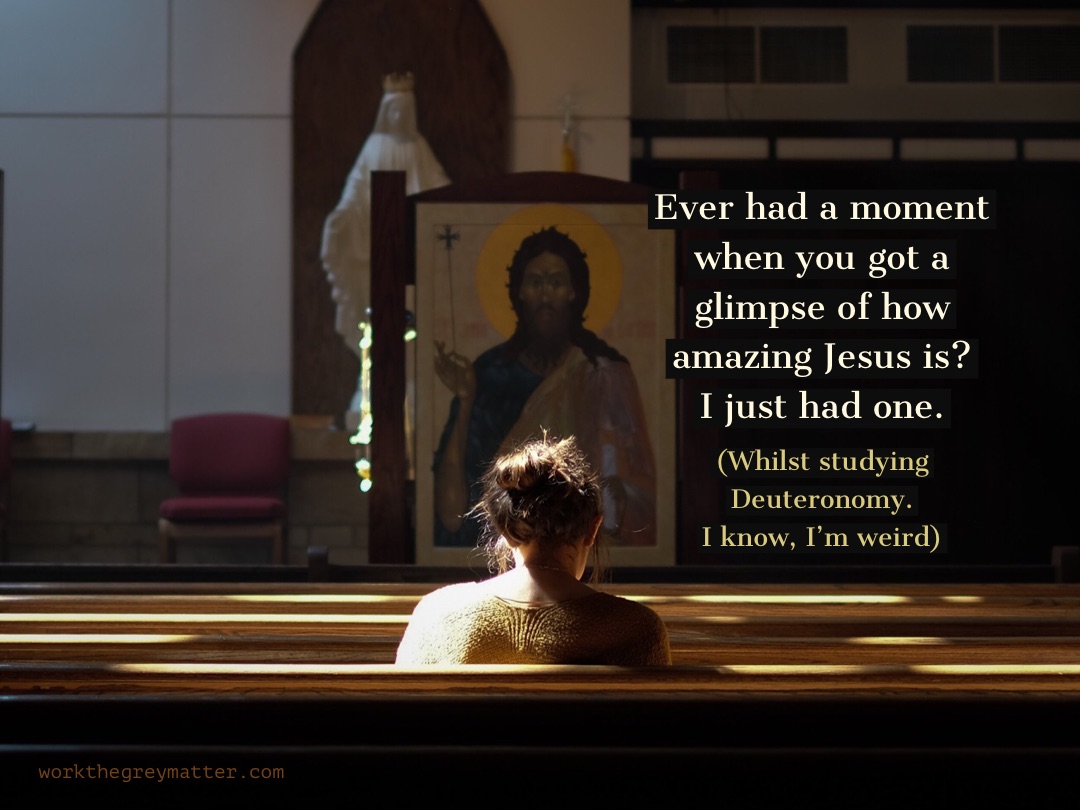 I groaned and threw my hands up in the air. God: 1, Christine: 0. There was no winning the argument, but I was still dissatisfied with how churches only ever seemed to talk about Jesus. END_OF_DOCUMENT_TOKEN_TO_BE_REPLACED