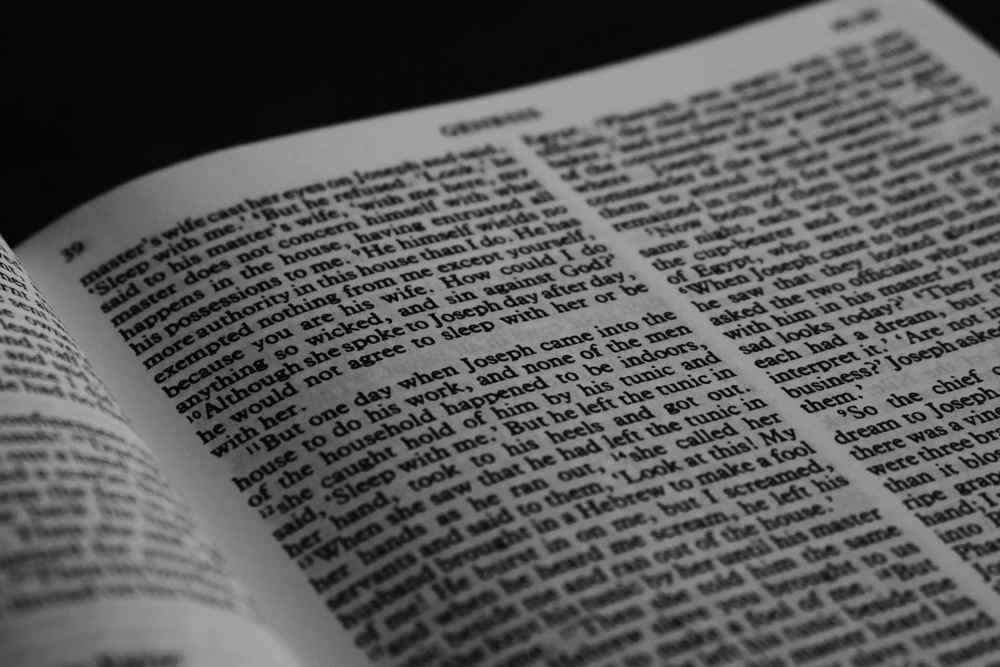 This post is a writer’s-commentary on a sketch I wrote, based on two Bible stories: Joseph and Potiphar’s wife in Genesis 39:1-20, and the book of Ruth. If you haven’t read the sketch, it’s in my previous post.

I originally wrote the sketch as an illustration of the differences between good and not-so-good sexual desire, which in the church often get called “love” and “lust”. But these words are often unhelpful as they are often used in different ways. Bigger than that though, is the problem that “love” and “lust” don’t usually come on their own.

When godly sexual desire  manifests, a number of other things often go with it: affection, tenderness, respect and self-sacrifice – none of which are exclusive to the realm of sex and romance, and all of which are components of love. Similarly, when Lust manifests, it doesn’t manifest on its own. Alongside it come deceit, false witness, envy, pride, greed, violence, and abuse of power.

Sadly, when Christians look at Lust, they often get hung up with phrases like “sexual temptation” and they won’t ask what good/godly sexual desires are like, almost as if all sexual desire is wrong. Not only that, but the story of Joseph and Potiphar’s wife is often told as one where Joseph resists an evil seductress. I think these both demonstrate misunderstanding.

Sexual desire can be good/godly

There is a whole book in the Bible celebrating sex. It’s called Song of Songs. It’s a product of its time and probably takes some studying before you can really appreciate it, but it is unashamed of the body, of desire for someone else’s body and of being desired. So, even if there is such a thing as lust, there is also such a thing as good/godly sexual desire, and – because “love” has so many meanings – I’ll refer to good/godly sexual desire as Eros from here on.

Now let’s be clear: Lust and Eros are different. If we think of Lust as being the inordinate desire for a sexual act from, to or with someone, we run the risk of saying that Lust is simply an Eros with grotesquely gargantuan proportions. But I think Lust and Eros is inherently different.

I suggest that Lust is sexually-motivated desire without respect, or without respect for boundaries. By this definition, Lust is not just about sexual desire motivated by the self, it is also something that violates and degrades. By contrast, Eros is sexually-motivated desire, with respect, or with respect for boundaries. By this definition, Eros is something that honours.

With that in mind, we can think about these two stories of Joseph and Ruth.

There are many stories of attempts at sexual abuse within the Bible, though this is one of the very few that doesn’t involve an act of rape – and in this case it’s probably because the victim was stronger than his abuser. It is partly the absence of an act of rape that led me to choose this story over others: I’d like the sketch to be something that could be shared in churches with variable ages in the congregation.

However, because the victim in this case is a man, the story doesn’t often get interpreted as a power abuse story.

Interpreting Joseph as the great resister of temptation

One interpretation is to see Joseph as greatly resisting against sexual temptation. An assumption is made that Joseph did want to have sex with Potiphar’s wife – almost as if all men always want sex and they’ll be happy to have it with any woman. But this ignores the fact that Joseph would have been trying to get over the trauma of being betrayed by his brothers, losing his home and losing his freedom; plus, I’m stating the obvious here, not all men are attracted to all women. Instead of asking “Why wouldn’t he want to sleep with her?” I ask “Why would he?” Perhaps I’m straying off topic here, but I have real issue with the idea that all men are completely sex-driven and that Joseph’s running-out-of-the-house is to be held up as the model of self-control that a man can aspire to. No it isn’t. So let’s stop interpreting the story as sexual temptation and righteous abstention.

Interpreting Mrs Potiphar as the epitome of Sinful Woman

Another interpretation of this story is that Mrs Potiphar is the perfect portrait of a manipulative, seductive and falsely-accusing woman: that she was invented by men to justify prejudices against women. This is in many ways a side-effect of the interpretation that this story is about sexual temptation, which I would challenge in the first place. When you read this story in the context of Genesis, it’s clear that the author (and there’s a lot of debate about who that was/were, which I don’t want to go into right now) had priorities about God: Joseph honoured God. That was the key message. Gender dynamics certainly existed and they informed the shape of the story, but I don’t think the story is about gender. I won’t deny that it has influenced discussions on gender and may have contributed some particularly pernicious stereotypes about women, my point is simply that I don’t think that was the author’s intention. People can be nasty and abuse power. Yes, it’s more often men who perpetrate this against women, but both are capable of it. I didn’t pick this particular Bible story for my sketch because I wanted to make out that men are the more aggrieved gender when it comes to sexual harassment and assault. I picked it because it didn’t result in an act of rape. Most of the sexual harassment stories in the Bible do. And all of them involve female victims.

So, moving on… how do I interpret this story? I read it as an abuse story because I see Joseph as being at the butt-end of a power imbalance – and it’s this imbalance that I try to bring out in my rendering of the story. He was vulnerable as a foreign slave with no friends and no family, much more vulnerable than a woman married to an important palace official. It wouldn’t surprise me if Mrs Potiphar was also at the butt-end of power imbalance, but she exploited the power she did have, not least the influence she had with Potiphar himself.

Mrs Potiphar was selfish and obsessed with what she wanted. She used deceit and ignored Joseph’s wishes. And this is about more than who’s married to whom. Let’s suppose for a moment that she used those tactics on her husband instead of a household slave: that wouldn’t have made her desires good or godly.

Lust does not respect the person who is desired, nor the boundaries of other relationships.

What struck me as I wrote this sketch, were the ways in which Boaz showed respect for Ruth. He offered protection by encouraging her to work in his fields rather than anyone else’s where she might be harmed, and he got his servants to deliberately leave stalks for her to glean so that she would have enough.

But it strikes me that one of the less obvious, and yet most important ways in which he showed respect for Ruth was in the fact that he did not make a proposal of marriage to her until after she had approached him. I don’t want to read too much into this and say that men should never make the first move in a romantic relationship, not at all. But, Boaz was attracted to her and, being a man of standing in the community, I struggle to believe that he was a shy person – so why didn’t he speak to the other relative who had a prior claim to marry Ruth, tell the other relative he was prepared to do the hassle of redeeming the estate, and then go and propose to Ruth? (If this sounds strange and complicated, the story is set within a society that was structured very differently to the modern day. The point is, if Boaz had just married Ruth, it would have caused a legal problem.)

Maybe, it’s because he wanted to respect Ruth’s wishes. Imagine: if you were living in ancient Israel, not just as an unmarried woman but as a widow, and not just as foreigner but as a foreigner from a race who had much enmity with Israel, and you didn’t have much money, and then a wealthy upstanding man of the community offers to marry you in a gesture of kindness, so that you and your ailing relative would be provided for, how easy do you think it would be to say no if you actually didn’t want to marry him? Extremely difficult. I wonder if Boaz recognised that and held back because he didn’t want to put Ruth in that position. If so, then Boaz’s behaviour demonstrates incredible sensitivity and mindfulness of Ruth’s circumstances and how different they were to his own.

Eros respects the person who is desired and the boundaries of other relationships.

I understand Eros to be sexual desire with respect but, importantly, this respect is about respect for God, for the self, and for others as well as for the person who is desired. The challenge for us today, is not just to spot and discourage the behaviours of Lust, but also to ask how we can recognise, demonstrate and encourage the respect inherent within Eros. This is about more than exercising self-control; this is about recognising boundaries, differences and power imbalances, and making a choice to honour other people.