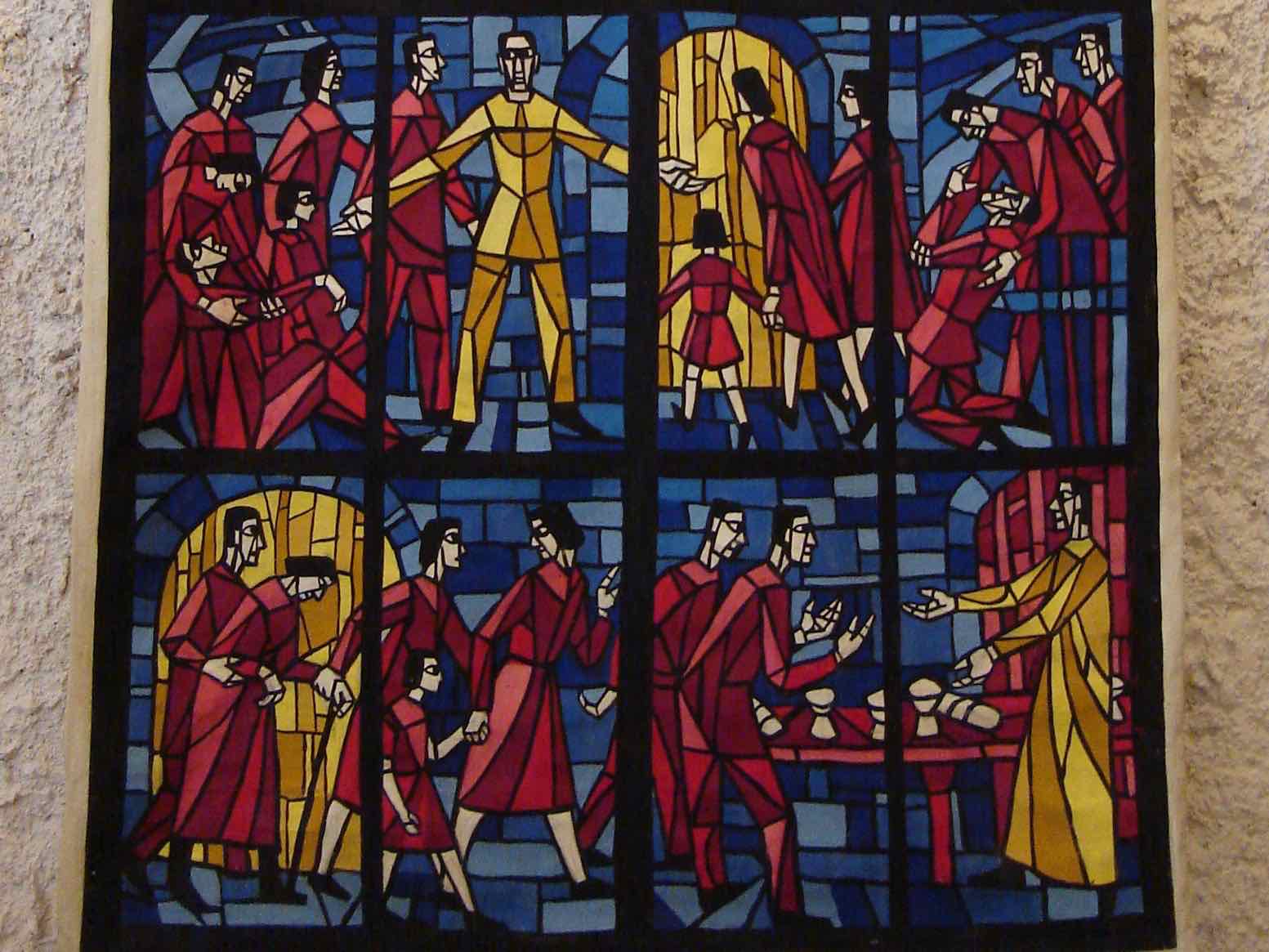 The glamour of the world

Of course, the Pharisees were probably aware of the possibility that someone more important might come along. They probably made calculated decisions about who they could expect to see and therefore which seat they might get away with.

But Jesus gave this warning because he knew people think that this is the best way to get standing. Because it makes sense from the world’s point of view.

A few years ago, I watched a documentary about Princess Diana and her charitable work. A fundraiser spoke in that documentary about a dinner that Diana attended and how much money particular people were prepared to pay to get a seat near her. Let’s be in no doubt: being seen with popular, fashionable, attractive, powerful, influential people, is definitely a tactic recognised by the world.

Jesus’ point however, is that it is absurd to use this to try and gain status with God or impress him.

In fact, it not only doesn’t work. It backfires. It backfires as horribly as being publicly unseated from a prominent place and moved to an unimportant place. It’s as absurd and self-defeating as me picking the best rounders player to be captain of the opposing team. Jesus’ message is clear: don’t get caught out by thinking the way the world thinks.

It’s not how God thinks.

In fact, what might look absurd in the world’s eyes, is precious to God.

The servant heart of God

So Jesus says, when you want do social gatherings, when you want to honour people, go look for the outcasts and honour them. Include them. They won’t be able to repay you in this life, but that’s not the point.

One of the moments Princess Diana remains famous for is shaking the hands AIDS patients without gloves; her actions were (and still are) a cultural taboo. But they left an impression, because they confronted people’s prejudices similar to how Jesus confronted the Pharisees. Of course, when the world thinks about what she did, the world thinks of a vulnerable, outcast person being honoured by a very famous influential person. But what if, it was the other way round? What if, it was an honour for Princess Diana to shake the hand of Stephen Pugsley, and the other residents of Casey House in Toronto in 1991?

I’m not saying that this example is perfect. The downside of a very famous person capturing the attention of the wider public is that their act of inclusion can become enshrined. People may start to believe that interacting with marginalised people in a transformative way is glamorous, or at the very least, easy. This in turn can lead to a very patronising form of charity. “Oh you, poor person, here, let wonderful-me give to you in ways that I want to give because I think they will benefit you because I’m the important person here!”

But Jesus is talking about meeting people where they are at and putting them at the centre.

And if we are hesitant to do this, Jesus gives a reason not to worry: “though they cannot repay you, you will receive your reward at the resurrection of the righteous.”

Let’s not for a minute suggest that Jesus should be understood in a mercenary or transactional sense. He was not saying “Do this because you’ll get your reward.” No, he was saying: “Do this, because I do this. And don’t worry about the cost, because I will make it up to you.”

When you read his words, you might think Jesus is talking about money and the cost of food and drink – but of course, there are other costs.

The cost of serving

Sometimes the cost is emotional. When I was a teenager, I knew a boy with cerebral palsy. Fifteen years later I saw him again. He recognised me and when I asked him how he was he said, “I can drive a car now.” And then he ended the conversation. And I found that really hard.

Sometimes the cost is a practical one. With another friend of mine (also with cerebral palsy) I have to wait longer than I usually would when I’m speak with him, and I tire more quickly with the level of concentration I put in so that I can understand him first time (not that I always do).

Sometimes the cost is one of dignity. Spittle has come flying at me when I’ve talked with my friend. Plus I got a weird look from the barman when I ordered a beer and asked for a straw to be put in it.

Jesus never said that socialising with outsiders would be easy, either practically or emotionally. We shouldn’t delude ourselves by thinking that just being kind and well-meaning is enough. Often when people are very different to us, their needs are not intuitive to us. However, we can listen and learn and develop awareness.

And it’s what we’re called to do.

Being a serving presence

And yes, sometimes specialist skill is needed and there are extra considerations to be made for those who work in a professional capacity.

For these reasons, I don’t think anyone – however much they listen and learn – can be expected to interact effectively with any person, whatever their circumstances.

But what I would say is this: regardless of who God leads us to interact with, our goal should be being with that person. Being present with someone in their space, on their terms, means being willing to accept that we might not be able to change their circumstances in any way shape or form, other than by offering to be a part of their lives and letting them be a part of ours.

If however, we’re willing to take this risk and make our goal as simply being with them, then if they do need help, and if there are ways in which we specifically can help them, or bring help to them – these will come out naturally.

And they often won’t be what we expect.

I was recently talking to a woman at an event, who had a number of quite serious chronic health problems (both visible and invisible). Over the course of our conversation she talked about the various medical professionals she’d interacted with, her long wait times for consultations on the NHS and one time when she went for an MRI scan – and how she felt a sudden urge to pray whilst she was in the tube!

And after I had dismissed any possibility of being able to give anything meaningful to this woman other than a listening ear, she turned to me and said, “Actually, I’ve got a question for you: at funerals, why do Christians talk about ‘being with the angels’? I thought we believed in resurrection.” She knew I was a Christian, but no one had told her that I’ve made a point of studying resurrection over the last few years. But there she was.

And though we can’t expect every interaction to be as rewarding as this one was, sometimes you see something wonderful through them. At the end of our conversation, this woman said to me she was thinking of getting another tattoo. She said, “I want to get a semi-colon. Because it’s a pause, it’s not the end of the sentence.” At the time she said this, I didn’t know what to say in response because I thought “Yes, I know what a semi-colon is.”

But afterwards I realised what she meant.

She meant that her struggles in life were a semi-colon, not a full-stop. They were a pause in her life, not the end of it. With all the uncertainty that she lived with, she was looking forward to a future. And when I clicked that that was what she meant, I realised that she knew what it means to live in hope – possibly a lot more than I do.

It might have looked absurd to the world that I was there, talking with this woman when no one else had been. But it was more like I was sitting as her guest, at her table. And I can only describe it as an honour.