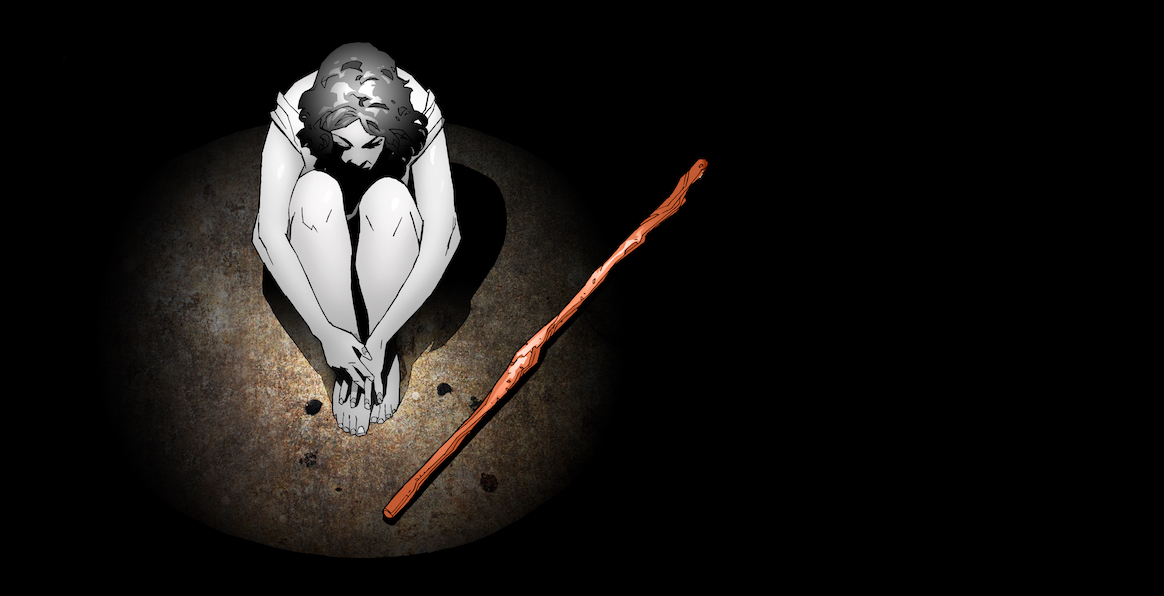 If you’ve spent time on Facebook or other social media, you’ve probably seen one of those alerts telling you that a friend has changed their profile picture. You may also have noticed that some friends never seem to change their picture – and others seem to change it every week.

For myself, I’m someone who prefers to choose a picture and stick with it. But a few days ago I updated my Twitter profile and today I’ve made a similar change on this blog. Here’s why…

My blogging journey started a little over two years ago (January 2015) as a venture into the unknown. With the imminent release of Fifty Shades of Grey in the cinema, I wanted to try and raise awareness of all the trilogy’s problems and what issues in society have allowed the trilogy to be popular. I had plenty of self-doubt near the start but when I prayed about it (because I do that kind of thing), a phrase started going through my head: “If you build it, they will come.” It’s very similar to the catchphrase of a film I saw as a child called Field of Dreams (and the parodied catchphrase you see in Wayne’s World).

And because it was a Fifty Shades related site, I borrowed the dark dusty blue colour you see on the covers of the books. That and grey were to be my blog’s colours.

Back then the blog’s name (not just the link) was “Work the Grey Matter” and the banner picture was this:

A few months down the line I had a blogging pause and a rebrand. I began to shift away from being solely about Fifty Shades and blog more fully as myself, including matters relating to my faith even if they had nothing to do with sex or consent.

I still kept the dark blue-grey but shifted to an image that was a bit more generic and contemplative.

The blog was renamed “Light in Grey Places” though I kept the same web address. I don’t think lightingreyplaces.com works well; I read that too easily as “lighting rey places” as if it’s some kind of homage to Star Wars Episode VII. Besides, it remains the case that I want to encourage people to think about what they read, so I didn’t mind the old website address. So the blogging continued and I began to find my stride and style.

Manga is a Japanese art form; when animated, it gets called anime. I can’t say I’m the biggest fan, but I have very, very much enjoyed two anime series in particular. The first is Ghost In the Shell: Stand-Alone Complex; the original manga has had numerous spin-offs and adaptations, the most recent being the live action film starring Scarlett Johansson (not that the trailer thrills me much). The second is Full-Metal Alchemist, which is also being adapted into a (Japanese-speaking) live action film and the trailer looks amazing. Watch this space.

Anyway, for a long time I’d also been a fan of The Manga Bible – the picture of the disciples on the day of Pentecost utterly hooked me. I then discovered the Twitter profile of the author and artist, Siku (short for Akinsiku), who was competing for the 2016 Preacher of the Year competition run by the London School of Theology. In the end this was won by Natalie Collins (yes, who started the 50 Shades is domestic abuse campaign), but Siku was the other finalist.

And I had an idea.

For a long time I’d had an image in my head of a woman, alone and vulnerable, where there was only grey – except for a staff near her. And that staff was the staff of Aaron.

If you’re less familiar with the early books of the Bible, Aaron was Moses’ brother (Moses being the main guy in The Ten Commandments and The Prince of Egypt). He was with Moses when Moses asked Pharaoh to let the Israelites be freed from slavery in Egypt. The story goes that Pharaoh’s magicians threw down their staffs which turned into snakes; Aaron then threw down his staff which also turned into a snake and ate up the snakes of the other magicians. Then Aaron picked up his snake by the tail, at which point it turned back into his staff.

Later, after the Israelites had left Egypt and were in the desert, Aaron was appointed as the high priest over Israel. But there was a dispute about whether his family – rather than any other family – should act as priests. To resolve the dispute, the staffs of Aaron and eleven other leaders were left out overnight. Aaron’s staff sprouted, budded and produced almonds.

So I had an image of a grey woman with the staff of Aaron. Actually, it was a sequence of images and the woman in the picture was me and the images represented a particular experience I had at university. I don’t want to go into what exactly that was – and it’s certainly not as dramatic as half the other stories that other people have shared on this blog. But its conclusion was one of stepping into greater life and freedom. The budding of Aaron’s staff is, to me, a symbol of resurrection and hope.

So I wanted to draw these images in the manga style.

Except that I’m not a very good artist.

It occurred to me last year that if I waited until I had such time to develop my own skills enough to draw my own, I’d be waiting a very long time. And then I thought about asking Siku if I could commission him to draw it for me. So I did.

And he said yes.

So I got this fabulous picture drawn for me and Siku even used one of my wedding photos as a reference point for the last image in the sequence.

Then more recently I began thinking I wanted to put some pictures onto my home page, including one of me. Except that I don’t really do selfies and I couldn’t find an image of me that I felt worked for the context of the blog.

And then it hit me: what if I used an extract from the image Siku had drawn?

It was, of course, a perfect fit.

So from this sequence of panels, the first image (which is at the top of this post) has become the banner picture for the blog and my Twitter page. The last image is the picture to represent me on the home page and the avatar for my blog’s Facebook page. (Yes I know almond blossom doesn’t quite look like this in real life, but it’s manga.)

Meanwhile I’ve re-coloured the site to use a dark brown-red instead of the old grey-blue. And it just so happens that’s a colour that works really well with my skin tones.

It’s almost like there’s been a bigger plan all along.

You can find Siku’s website at www.theartofsiku.com.
The Manga Bible that I loved was the raw edition.
Siku was also one of the contributing artists to The Lion Comic Book Hero Bible.