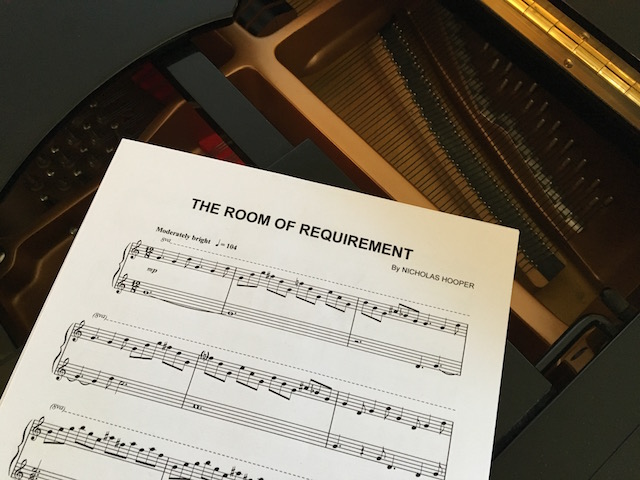 Recently the BBC showed the film Shine. It portrays the true story of a pianist David Helfgott, including the emotionally abusive relationship his father had towards him, how he had a breakdown, and how later in his life he came to be able to take to the stage again.

I first saw this film not long after it was made in 1996; at that time I was a teenager. I was wrapped in piano lessons, music theory and even a placement at the Royal College of Music. If you haven’t heard of it, it’s one of the most prestigious classical music institutions in the UK. And it’s where David Helfgott studied. So yes, I was doing the whole studying classical music thing, because I was young and perceived as gifted. Plus I had enough people around me to claw for the money to make it happen.

I don’t think I understood the film when I saw it. But seeing it twenty years later has dredged up all kinds of emotions and thoughts.

In the film, David’s father says to him that David must win. That winning is everything. That second place is nothing.

I think I held a similar attitude for a large part of my musical studies. Perhaps I didn’t have ‘winning’ as the goal, because I was in an ocean so much bigger than me. But I did have perfection as the goal. Technical perfection. But now of course, when I hear people talking about perfection, I understand that they usually mean ‘particularity’. Everything has to be ‘just so.’ Conformity irons away traces of individuality.

You see it in the ‘villain’ of The Lego Movie where the aim is to have every lego piece and character frozen in an unalterable and perfect scene. You see it in Professor Umbridge in Harry Potter and the Order of the Phoenix who says she ‘will have order.’ You see it in the Prospector in Toy Story 2, who wants the toys to be preserved forever in their packaging.

The thing I’ve learnt recently is that particularity of this kind is something that stifles creative play. No wonder then that the boy in The Lego Movie has to teach his father how to play; or that the Weasley brothers have a toy Umbridge in their joke shop; or that Woody says the Prospector needs to learn the meaning of play time.

But music should be just that.

Studying music shouldn’t be about having your grades certificates framed and placed on the wall. It should be about being able to play with music. Of course technique helps, but the relentless pursuit of technique as an end in itself is crushing. We need to be able to participate in music, ideally with other people. It’s one of the reasons why I love the line in School of Rock where Jack Black asks one of the kids to teach him the song the kid had written.

What happened to music that meant it lost participation and became solely performance? Especially where the audience is loaded with elitism? Grace notes in the Baroque era are meant to be played on the beat and not after. Translation: I played Scarlatti wrong.

The thing is, play isn’t about right and wrong; it isn’t about hitting the mark or missing the mark. So why has music become about this? And where does that leave someone who, ultimately, can never master the technique to play the greats? Because in the world of particular perfection and elitism there is only one answer: shame. And I’ve avoided facing my shame through not playing, only to be strangled by the guilt of a wasted privilege.

I was once given a birthday card in which a teddy bear was playing the piano and sweating nervously as he did so. A comment was made by the audience: “In my opinion, no teddy bear should ever attempt Liszt.” I didn’t get the joke at the time, but having battled and given up on Un Sospiro, I can understand the sentiment of “This guy’s music is monstrous to play; be wary of attempting it.” But now I’m thinking, “Should this world be only for those who have Rachmaninov hands?”

In Shine you see the (actor for) young David Helfgott holding a plaster cast of the composer’s hands – they were simply enormous. No wonder his third piano concerto is widely considered the hardest piano piece of all time. (Though, I am told that once you’ve learned the third, the second concerto feels harder and that Rachmaninov also found the second harder.)

I enjoy amateur dramatics and one thing I’ve loved about theatre workshops is how the approach has been to try something, trying something else, improvise, layer it, and try again with an extra element. The journey towards the performance is play in and of itself. The study of technique is always handled as something to enable play. Unsurprisingly, it doesn’t feel like work.

But when I studied piano, practice was never framed as play. It was the grind. It was the long uphill struggle towards an unreachable pinnacle. And the higher you got, the harder it got to go any further. And it took all your effort not to slip and lose the progress you’d made already.

And I know there is something to that. How do you find the balance between play and discipline? I don’t know. But I now know that the aim for is not some peak of perfection, but the enjoyment of play. And the sharing of that enjoyment with others.

So this time when I watched Shine, I had adult eyes. Eyes that see how abuse destroys play. I could see the coercive control of his father and how that instilled a huge sense of failure and shame. I could see that, though an adult, David became like a child – one who didn’t always understand boundaries and was scattered in his thinking. Who’d be smoking a cigarette but forget and then light himself another one. But who was kind-hearted and simply wanted to play.

And I marvelled at this.

And I remembered how I met him as a teenager. How I asked (and received) his autograph after the concert and how he gave me two enthusiastic wet kisses and how his wife urged him to concentrate on signing as otherwise he’d be there all night.

I then remembered that I heard Rachmaninov’s third piano concerto played in concert and Vladimir Ashkenazy conducted. I remembered how he was such a gentleman. This is a man who’s played the Rach 3 himself, but he spoke to me with such lightness and kindness. He joked that Mozart’s D minor concerto (which I was learning at the time and he had performed the night before) was ‘a bit easier’ than the Rach 3, but he did this in a way that didn’t make me feel small at all.

I can accept that my piano playing will never be Rachmaninov’s or David Helfgott’s or Valdimir Ashkenazy’s – and I’m OK with that. The toddler who pours water into sand and says he’s making pizza doesn’t mind that he’s not Jamie Oliver.

But I want to be able to play again.

Perhaps more to the point, I want to play without shame.

And seeing Shine has inspired me to set my own goal: I going to learn The Room of Requirement from the film of Harry Potter and the Order of the Phoenix. I’m going to try and master the technique to pull this off, not because music doesn’t happen without that. But because if I can, I might be able to share some of the mystery and wonder of that place.

Which, when you stop to think, isn’t about requirement at all.

PS As I was writing this, I was listening to Brilliantissimo, a CD of piano pieces recorded by David Helfgott. However, for the first time I was listening to it on high quality headphones. You can actually hear David’s quiet murmur underneath it all. It reminded me that he did hum along when he played in concert. It’s also fascinating to hear, because it shows a little of how he’s personally connecting to the music as he’s playing.