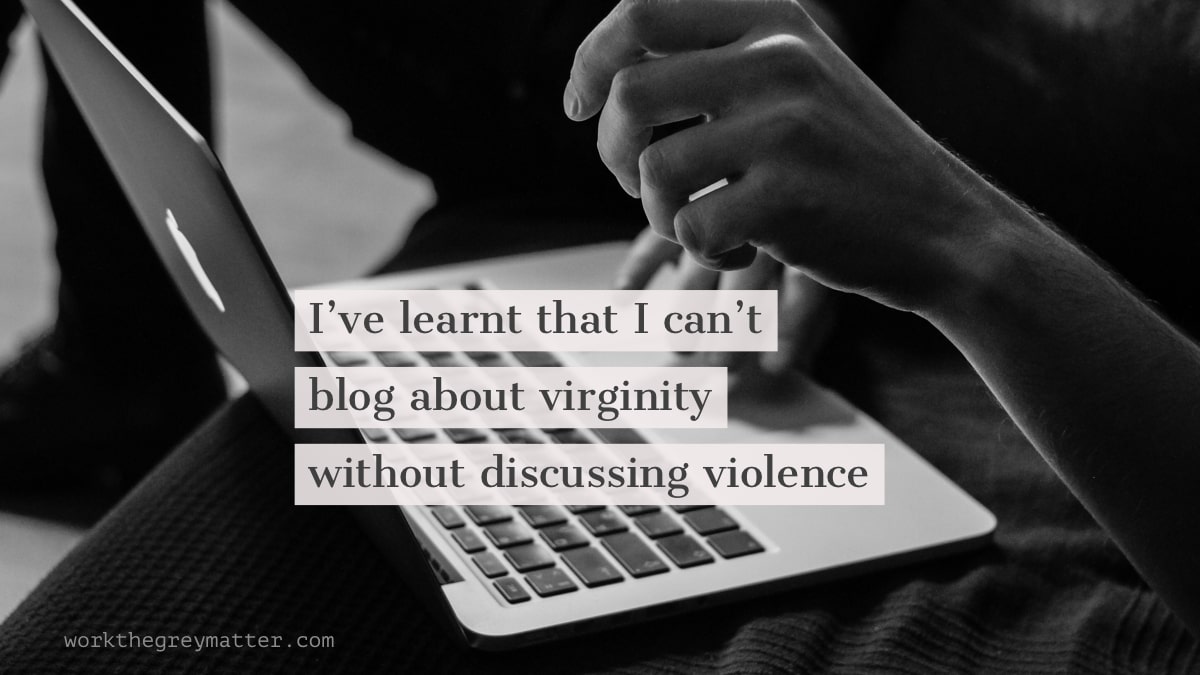 A few weeks ago I had a long sit down and pondered what I blog about and how I categorise it.

One of the difficulties my readers face is that one week I’ll be posting something light and reflective, and the next I’ll be delving deep into toxic teachings and abusive practices. With such variety (volatility?) in subject matter and tone, I realised I wasn’t making it easy for people to make decisions on what to read.

So last year I introduced four categories: sunlight, firelight, moonlight and starlight. Sunlight was the uncontroversial, positively-oriented stuff that would generally be easy to read. Firelight was more stretching; it was more likely to challenge long-standing assumptions and it discussed how/why bad things are bad. Then there was the moonlight category. I reserved this for posts about the wildly unorthodox, the not-safe-for-work topics, and serious violence. After all, this blog started as a take-down of Fifty Shades of Grey.

The last category, starlight, was a wildcard, collating posts about my life and reflections — often as a blogger. This post, in case you were wondering, is starlight.

The framework helped me focus how I blogged. For example, if I wrote about hope, I might have a sunlight post discussing how God created us to have our own agency, a firelight post on how penal substitutionary atonement is problematic, and then a moonlight post carefully examining teachings about hell.

And to begin with, I thought that I’d be able to do the same with purity. But now I don’t think I can. Or at least, not when it comes to virginity.

A few years ago, as I wrote my “About me” page I tentatively offered that I believed purity culture was a form of gender violence. It was a statement that had taken me years to formulate; it felt very strong, very dangerous, and I fully expected someone to tell me I was wrong. After all, surely sexual purity is all about God’s best, about patiently waiting, and about being holy?

Now my inner cynic wants to laugh at my naïveté. Of course it’s a form of gender violence.  Pick up Jessica Valenti’s The Purity Myth, or Dianne E Anderson’s Damaged Goods, or Nadia Bolz Weber’s Shameless. They’re not fun reading, and I’ve got quibbles with all of them, but their documented facts and stories map out the ugly shape of purity culture.

It’s not that I believe there is nothing good to be found in the concept of purity, even as it relates to sex, and I definitely think there’s a whole world of awesome to be found in holiness. I’ve been bouncing these ideas around in my head for a few years now and though they’re often hard to articulate, they’re also full of hope.

But what I’m discovering, is that I can’t write about virginity without discussing violence.

You have to appreciate that this is a very weird realisation for me. I was brought up on a diet of no-sex-outside-marriage and I was very content to be a virgin bride. Granted, some of the reasoning behind that decision was flawed, but if I had understood my sexuality then as well as I understand it now, I’d still make the same choice. So for me to say that virginity is unavoidably linked with violence is… strange.

(Oh and hey, there was once a young woman called Mary who was betrothed to a man named Joseph…)

So why the shift? Well, I guess it’s a combination of factors.

On the one hand I can’t think of anything positive to celebrate about virginity.

Sure, I can celebrate people:

But none of those things are really about virginity. And they don’t guarantee happiness. And I can think of people who don’t fit neatly into those categories but who still have fulfilled sex lives. Virginity has no medical meaning; it exists solely as a social construct and I just can’t find anything positive to say about it in its own right.

Meanwhile, I am overwhelmed by how much violence surrounds it.

I see the same story again and again: a woman being killed or ostracised either because she wasn’t a virgin or because people thought she wasn’t a virgin. Leaving aside the life-and-death laws of Deuteronomy 22:13-30, the plots of Much Ado About Nothing and Pride and Prejudice both hinge around societal expectations concerning female virginity.

The one that sends a chill down my spine though is Romeo and Juliet: Juliet merely states that she doesn’t want to marry Paris and her parents are so enraged they’re willing to see her die on the streets. What would they have done if they knew she’d already married and slept with a young man from a rival family?

You see, the thing about virginity in all these stories is that it gets tied to virtue, family honour and the very fabric of society. And the prospect of any kind of black mark against any of these is considered so detrimental, that the only remedies are death or extreme ostracisation. And, OK, I can see how a community’s reputation is affected by the actions of individuals, and I can see how in extreme cases it’s necessary to exclude a person in order to uphold the cohesion of the community as a whole. I still have massive reservations about this stuff, but if the person concerned is dangerous and abusive, you can see the logic.

But when it comes to prizing virginity, how is that in any way comparable? What, what is so dangerous about a woman’s lack of virginity that it warrants tearing families and communities apart?

I get that the modern, Western church isn’t generally so extreme as to take people’s lives, but ostracisation is still common enough. Moreover, in the US, the legislative pursuit of enforcing “God’s design” is resulting in ever more punitive laws that afflict women who, as it were, have done all the right things.

The bottom line is that a woman might be unmarried and not a virgin, but still someone who respects people’s boundaries, speaks honestly, has a strong communal ethic, upholds commitments, and chooses a life path that appreciates the sacrifices of her nearest and dearest. These things shouldn’t be questioned the moment a woman isn’t a virgin; they should be judged by looking at her life as a whole.

Fortunately, some people understand this; but it seems that those who focus on virginity, don’t. And then violent measures ensue.

I used to have page on my blog called ‘Perspective on purity’ and it linked to a mixture of sunlight, firelight and moonlight posts. When I was talking about things around covenant and inclusion (which I think are deeply linked to purity), I was able to put that as sunlight. Purity pledges would have been under firelight. The Deuteronomy 22 posts I reluctantly categorised as moonlight.

You see, I was frustrated because the posts weren’t always graphic or explicit, and I was worried that people would avoid reading them if I categorised them as moonlight. Yet they still touched on themes of murder and ‘honour’ based abuse, and those aren’t exactly light topics, so it seemed the appropriate choice.

More recently though, as I reviewed my menus and index pages I began to appreciate that whenever I talk about virginity, I also have to talk about social order or family honour, or (more often) both. And each of these means talking about violence. So I made a decision that if a post was about virginity, then even if it didn’t have explicit descriptions of brutality, I’d class it as moonlight.

And I created a new index page titled Virginity, honour and violence.

I can’t say I’m thrilled, but it should give a clear signal for what to expect.

2 thoughts on “I’ve learnt that I can’t blog about virginity, without discussing violence”