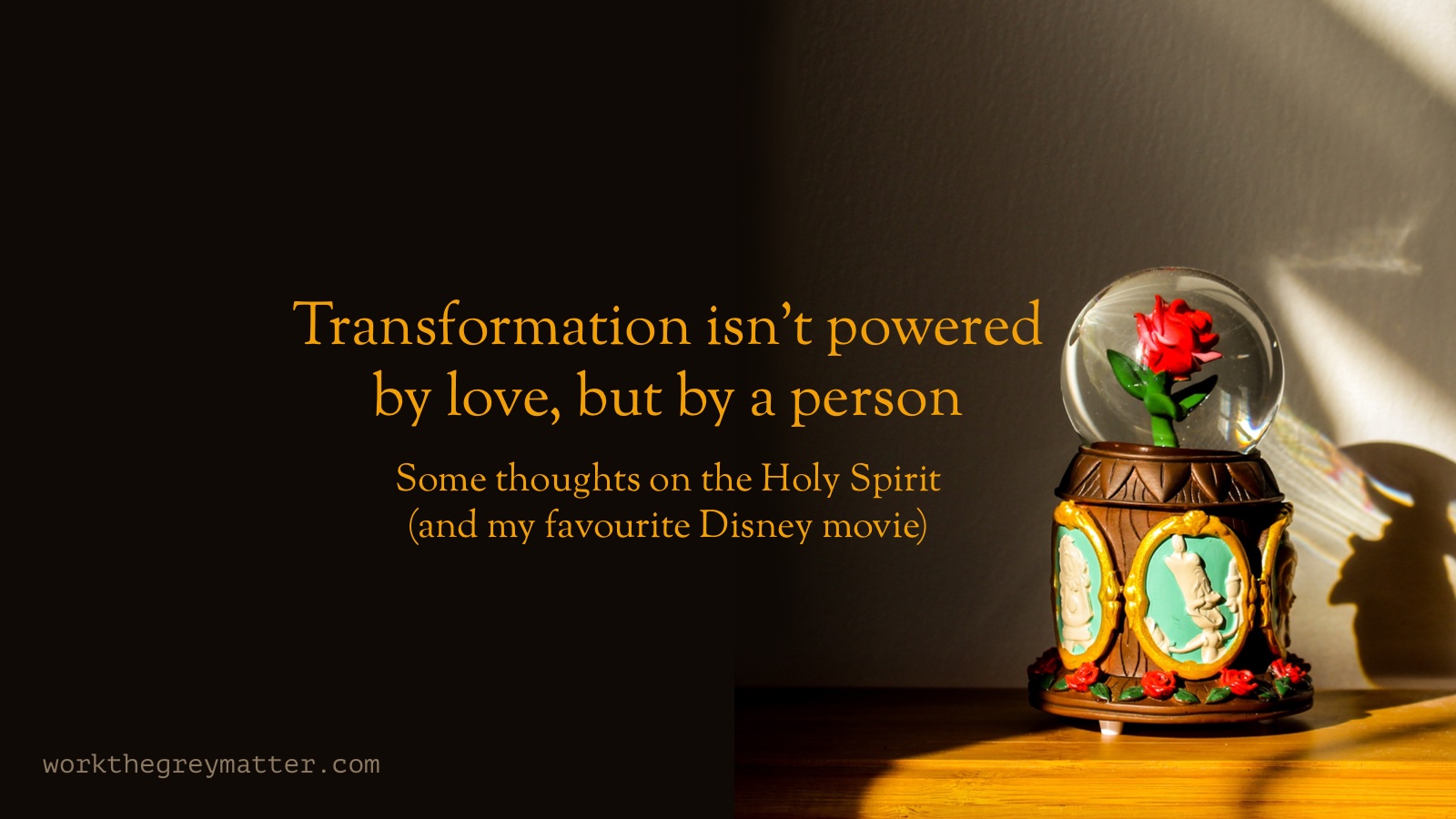 The rose she had offered was truly an enchanted rose, which would bloom until his twenty-first year. If he could learn to love another, and earn her love in return by the time the last petal fell, then the spell would be broken. If not, he would be doomed to remain a beast for all time. As the years passed, he fell into despair, and lost all hope, for who could ever learn to love a beast?

Disney’s 1991 Beauty and the Beast

Disney’s animated adaptation of Beauty and the Beast was the favourite of my childhood years. One cold winter’s night, an enchantress asks a young prince for hospitality – offering him a single rose. But the prince selfishly refuses and as punishment, she turns him into a beast.

When Disney’s live action adaptation was released, I went to see it in London. Many of the audience came in costume, buzzing with excitement and taking selfies, particularly in the foyer where there was a life-size replica of the enchanted rose.

As I watched, I actually found myself puzzling. Why people were doing this?