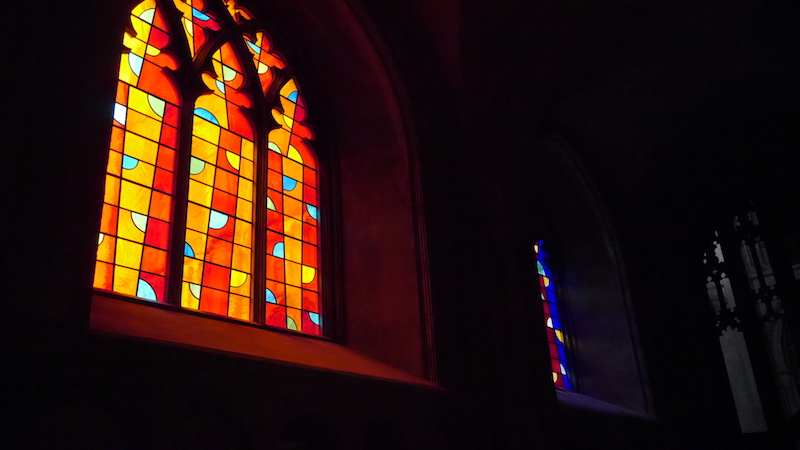 Stop letting people who do so little for you control so much of your mind, feelings and emotions.
– Will Smith

It came at a timely moment. Around lunchtime today I left a comment on a Facebook post written by a woman I highly respect. I’d invested a lot in what I said. It’s now gone 9pm and there’s no response. I also saw another Facebook post this afternoon asking a great question and I commented on that too investing my creative energy and thought process again. Again, no response. I saw some great tweets and retweeted them on Twitter. Nothing.

The non-response eats at me.

For one thing, the woman who I respect is a very busy woman. For all I know, she just didn’t see the comment. Or maybe she did but she knew she couldn’t respond properly at the time. And maybe she will respond and maybe she won’t. It’s not like she blocked me. If it’s that important to me I can go back and ask the question again. And you know what, it’s probably not that important anyway.

I operate in a different timezone to most of the people I interact with online – it shouldn’t surprise me when others have better things to do than validate my social media interactions.

But still I go back to my phone again and again. And if there’s one thing I seem never to learn, it’s that hitting refresh does not refresh my soul. When did I become this person who wanted that instant response? I don’t get it.

And the worst part of this experience is that people who I’ve been waiting on, people who are willing to invest in me get back to me. They send that email, they drop off their thoughts and I have absolutely no will to reply to them. Instead of being delighted to hear from them, I see them as another task for my list. Their response has become a burden.

I’m not sure I have answers. I feel like if I knew what this was about I wouldn’t fall prey to it so easily.

I think on some level, in my heart of hearts, I’m a performer. I like to present my soul in public. I like to feel people’s gasps as they get it, as they really get where I’m going with something. And I’ve done it – I’ve had those moments when I’ve got to the crux of my speech and I’ve felt the people in the room become ever so still and ever so quiet, like they couldn’t believe they hadn’t clicked before – and now their world was changed. It was amazing.

And I think part of me just longs to make those moments happen. And right now I have so much within me and I can’t get it out. Jeremiah said he couldn’t hold back from speaking the word of the Lord – that when he did it was like a fire shut up in his bones, and he was weary of holding it in. “Indeed, I cannot.” (Jeremiah 20:9)

I think probably what bothers me is not that people haven’t liked my tweets or responded to my comments. It’s that I’m still going through that hard work of trying to get what I need to say out there. And because I know it’s not out there – and maybe also because the stuff that is out there gets responses, but they’re different kind of responses from when someone is in a room – I feel the ache of the longer term when the world hasn’t changed in the last five minutes.

Ultimately, the only person I can really do anything about is myself. I can’t manufacture responses from other people. Well, maybe I can, but not in a healthy way. As I understand, CS Lewis once said about education that schools should not try and teach learning; they should just try to get across the boring bits that kids need to know to make their way in life, and that the learning – the real kind – will grow by itself, in the edges, in the unkempt spaces, as children and young people exercise their curiosity.

In a similar way, I don’t believe that by trying to pursue an audience or statistics I will actually achieve my goals. That isn’t to say there is no purpose in marketing – there is huge purpose. But the responses can’t be what I’m living for. I just need to be me, as best I can be, to fulfil the duties that I have, to honour my promises, to get on with the boring stuff, to persist, to keep going at the small things day by day, and trust that the rest will come.

Because I’m not on this journey alone. Julian of Norwich famously said, “All shall be well” and I choose to live in God’s good promises. Whatever I become, whether I prosper or falter and fail, if I remain within his love, then there is no small work to be despised.

I wrote this post because a friend was asking questions about how to express themselves on social media. I embarked on a really long post that was rather dry. Started another post that was lighter, but still didn’t get to the point very quickly. Then I got overwhelmed. Then I was like “This is just like the post I wanted to write about DV and marriage… and the other posts I wanted to write about purity pledges… and I still haven’t written them yet!” So I wrote this instead. I still want to finish the post I started about interacting online, but figured this will have to do for now.

In other news, I am, finally, getting to grips on the modesty series I started a year ago for Ezer Rising; the fifth one in the series is up and the sixth is in its final draft stages. UPDATE 2021: The Ezer Rising blog is currently down, but I did finish this series and I was very pleased with what I achieved. However, it’s the length of a book. And each post drew a parallel with characters and images from Harry Potter, which… has since become a bit problematic. Anyway, if you are interested in reading the other parts of this series, please contact me.

I’ve also started doing weekly roundups on my Facebook page, which is boosting my morale no end – probably because I’m getting something good out and building a repository of resources at the same time. I want to give them a home somewhere on this blog too, for non-Facebook users, but haven’t got to that yet.

Lastly, for the avoidance of doubt, I get that the Will Smith quote at the top was probably referring to the kinds of people who suck the life out of you, rather than people who are long-distance acquaintances.  The woman on Facebook I mentioned, whose post I commented on, is not someone who sucks the life out of you. She’s fabulous. She’s also polite.

One thought on “How do I handle non-responses on social media? Yeah, not great.”